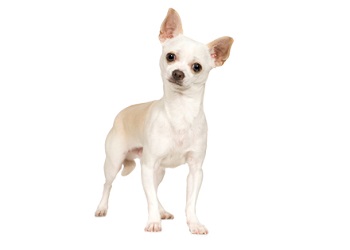 The Chihuahua is an ancient breed that carries a legend about an Aztec Indian Chief who died and all his belongings, including his little dog, were burnt. When the Indian crossed the nine deadly rivers of the fearful underworld, his little Holy dog would be waiting on the farthest bank for his master. As soon as the Chihuahua recognized him he would then swim across the waters and guide his owner to safety.

The breed was discovered in the 1600s by the Europeans in Mexico, named after the state of Chihuahua, and taken back to European countries about then. Chihuahuas appeared in the USA in the late 19th Century, when a breed standard became written and they began to be shown. The breed appeared in the United Kingdom later in the early 20th Century.

The first Chihuahuas arrived in Australia in the 1930s and Chihuahua Club of NSW formed in 1967. These pocket-sized dogs are born in long or smooth coats. Today, they are one of the most popular breeds in the world.

The brave, adventurous and loyal Chihuahua is the smallest dog in the world but with the heart of a lion

Chihuahuas are swift-moving, alert and adventurous little dogs. They are also intelligent, cheeky and possess a keen sense of humor. They are very affectionate, cuddly and loyal to their family and become attached to their owners.

Chihuahuas have an active, independent and inquisitive nature. Clean in their habits, they don’t realize their actual size and refuse to be intimidated by larger dogs. However, they are frightened by young children who don’t know how to handle their fragile bodies or rough games.

Chihuahuas are generally nervous about changes in their environment, tend to bark easily and are suspicious of strangers, making them excellent watchdogs. These intelligent dogs learn quickly and respond well to proper, firm but gentle obedience training.

Chihuahuas with smooth, short-haired coats need an occasional, gentle brush or simply wiped over with a damp cloth for a glossy texture. Long-coated Chihuahuas require regular grooming to keep their soft, flat or slightly wavy coat tangle free. Both coat types need a bath about once a month. They are an average shedder.

Like all dogs, Chihuahuas require regular tick, flea, intestinal worms and heartworm treatments. Consult your veterinarian on treatment options. Desexing and vaccination against diseases, such as the deadly parvo virus and highly infectious canine cough, are also important to discuss with your vet.

Chihuahuas are known for quick bursts of energy that will come and go throughout the day, and therefore don’t require much exercise. They enjoy an occasional walk or are happy just running around the house or yard for a few minutes during a typical day.

As puppies, they are boisterous and energetic, but with age can easily become a couch potato. Because they can gain weight easily, best to consult your vet for advice on appropriate diet and exercise regime.

Chihuahuas are recommended for elderly, couples and families with older children.

They are suitable for apartment life and enjoy warm weather but not the cold. Despite their small size, Chihuahuas still need some space, just like any other dog.