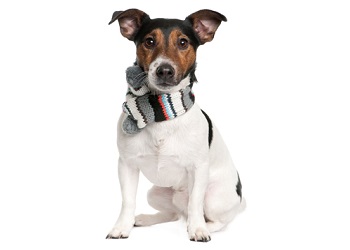 Jack Russell Terriers were first bred in the 1800s in Devon, England by the Rev. John Russel, a man passionate about fox hunting.

Over the years, Jack Russells have become famous for their appearance in movies, including The Mask, and TV shows, such as the popular sitcom Frasier and award-winning show Wishbone. In Australia and New Zealand, a dog named Spot became famous for appearing in a Telstra advertisement riding a skateboard.

Jack Russell Terriers have a strong terrier instinct – they are sturdy, alert, bold, daring and energetic – often traits that get them into trouble if they are not socialized and trained properly.

Strong willed and active, these dogs need to know who is the boss. Too often these dogs are re-homed because their owners don’t realize how much energy they have, and how easily that energy can turn destructive if they are bored. Jack Russell Terriers are also great escape artists when looking for something to do. They love to be with people and do not like being left alone too much.

Obedience training is highly recommended, although perseverance and routine are key. While they might seem flighty and easily distracted at first, once they get the basic idea, these dogs are usually eager to learn. Intelligence and train ability, combined with good looks and a compact portable size is why these dogs have had such success on television and in the movies.

Jack Russell Terriers make reasonable guard dogs because they are observant and vigilant. They will let you know if there’s someone at the door. Because of their history chasing foxes that had ‘gone underground’ during a hunt they are good at hunting mice and rats. They are also known for being quite fearless and ‘punching above their weight’.

Jack Russsell Terriers are easy to maintain. They need brushing weekly and a bath every few weeks, depending on their outside activities. Make sure you keep their nails trimmed. Cutting nails at an early stage of their life gets them to know what you expect and show them you are the boss.

A 30-minute daily walk is essential. Off-leash play time (chase and fetch games) at a dog park or somewhere they can ‘hunt’ is ideal too, but permit only if your Jack Russell returns when called.

Like all dogs, Jack Russell Terriers require regular flea, tick, worming and heartworm treatments. Speak with your vet on treatment options. Desexing and vaccination against diseases, such as the deadly parvo virus and nasty canine-cough, are also important to consult with your vet.

A fenced yard is a must – they do like to spend time outside and are not ones for spending all day sitting around on the couch. High fencing is recommended because these dogs have been known to jump, climb and even dig their way out.